Manufactured in striking fashion by adidas, Blues’ all-new away shirt poses as arguably the most distinctive within the Super Rugby competition through a tribal-like graphic adorning the the front panel for a powerful effect. 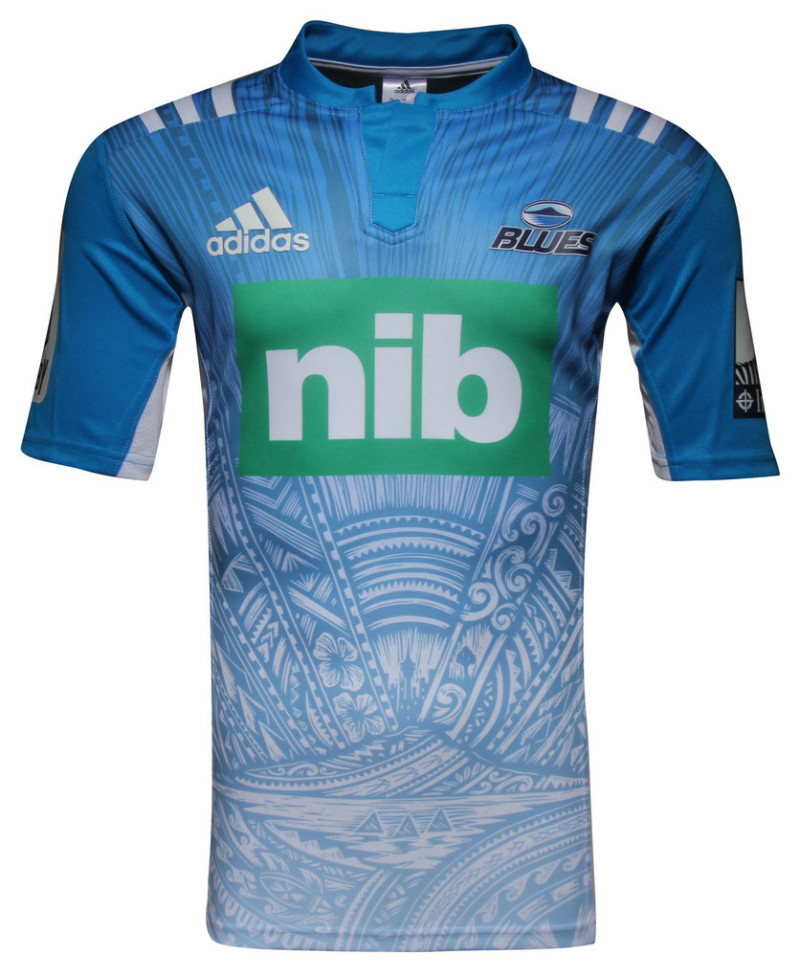 Whilst the back panel remains an understated solid white, the remaining of Blues’ away shirt is anything but through a combination of two-tone blue creating a striking graphic across the chest panel before transforming into a tribal-theme in light blue and white at the lower half. Complementing the overall visual sees additional white strokes used to compose adidas’ three-stripes wrapping the shoulders and again under the arms.