ISC issue the Bradford Bulls with a powerful away shirt for the 2016 RFL Championship.

Officially launched on 30 October 2015, the Bradford Bulls players increased their notorious intimidating display through pulling on their latest ISC away shirt consisting of a modernistic hooped design.

Aptly christened the ‘Menace’ shirt, Bradford Bull’s away display features a powerful black base-coat which integrates rich red through hoops wrapping around the body and sleeves with intricate pin-striping, whilst contrasting golden trim appears at the v-neck collar and sleeve cuffs. 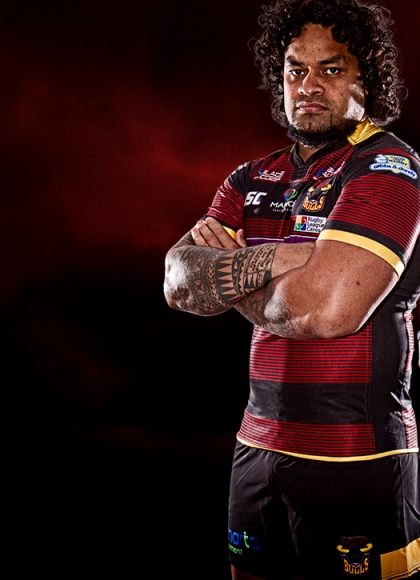 The 2016 season will see the ‘Bulls’ compete within the RFL Championship after a tough defeat by Wakefield in the ‘Million Pound Game’ 16-24.