With the Rugby Sevens World Cup coming up in June. England Women have taken the decision to concentrate the major resources on winning that possibly at the expense of the Six Nations.

Two out of three of what was the strongest side at the end of last year playing New Zealand will sit out the Six Nations, this includes the total back line with skipper Katy McLean. 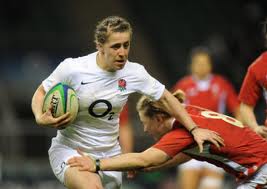 Whilst the back row players Maggie Alphonsie, Heather Fisher and Marlei Packer are also amongst the 17 named.

This decision must give hope to France, Ireland, Italy, Scotland and Wales that this year will be their chance to take the Six Nations although it can be expected that they will also be affected by players being saved for the Sevens.

Coach Gary Street says “the decision to do without many of the most talented players is part of a four-year strategy aimed at prioritising certain events over others”. “What we are trying to do is win the Sevens World Cup,I think the momentum of us winning it would be a huge step for us to kick on.”

“It is a very realistic goal. The squad is incredibly strong and the confidence of beating New Zealand in the autumn was a huge boost, especially the way we did it. We didn’t just out-work them but our skill level in most aspects was superior.”