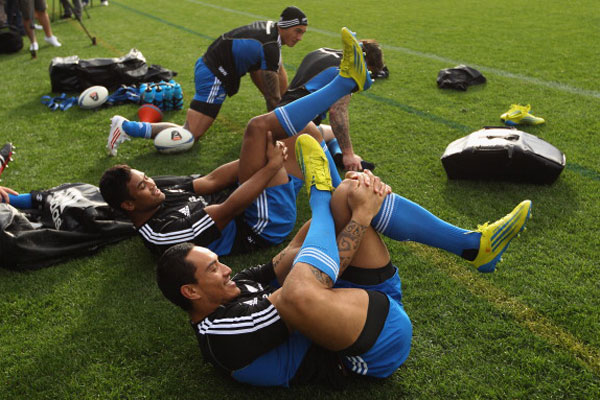 Steve Hansen named his first All Black side of the new ‘Championship’ era today, and there were some surprises in key positions.

In the second row, first-choice lock Sam Whitelock is joined by Crusaders’ team mate Luke Romano, at the expense of Brodie Retallick, who will sit on the bench. While both made their debuts this year it was Retallick who made the bigger impression during the Irish test series, although it’s fair to say that Romano’s form when he returned from the All Black environment to join the Crusaders was compelling.

In the loose forwards stalwarts Richie McCaw and Kieran Read are joined by Liam Messam, who gets the nod over Victor Vito, with Adam Thompson left out of the 22 altogether. Messam has been a perennial under-achiever in the black jersey, but came of age this season, with standout performances against the Irish and in the Chiefs successful Super XV campaign.

Aaron Smith deservedly retains the number 9 jersey, while Sonny-Bill Williams, in his final acts before heading off-shore, joins Ma’a Nonu in an enticing midfield pairing. On the wings, where there was perhaps the biggest log-jam of talent, Corey Jane and Hosea Gear get starts, with the Highlanders’ Ben Smith grabbing the last spot on the bench, and Canterbury’s Zac Guildford missing the squad altogether. Gear has been shunned by selectors repeatedly throughout his career, but his ability to consistently perform may be finally winning them over.

The World Champion All Blacks begin their Championship campaign against the Wallabies in Sydney on Saturday night.