Super League side Hull FC have officially launched a new away kit made by ISC.

Launching a special 150th Anniversary jersey earlier in the month, Hull FC have now revealed a new away shirt for the 2015 season. The new away jersey features two tones of purple in a unique hooped design and features the Steve Prescott Foundation as the primary sponsor. 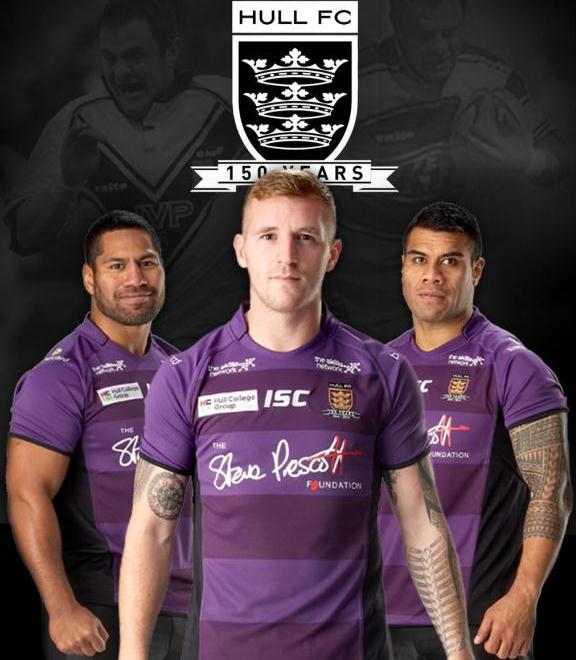 A donation will be made to the Steve Prescott Foundation from the sale of every away shirt. Additional black trim is seen on the sides of the shirt.