Harlequins have been hit by a Â£215,000 fine for feigning an injury to their winger Tom Williams in last season’s Heineken Cup quarter-final. His departure, for a blood injury, allowed Quins to bring specialist goalkicker Nick Evans back on the field for the last few minutes, although he missed a kick and Quins lost. 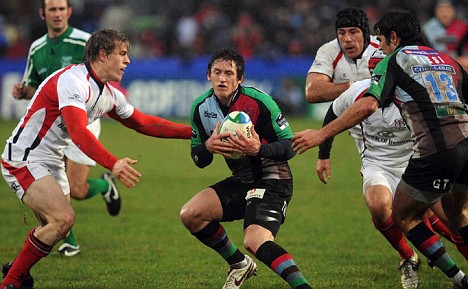 Williams has been suspended for 12 months and the European Rugby Cup panel said 50% of the fine is suspended for two years. Harlequins director of rugby Dean Richards and two members of the club’s medical team had misconduct complaints dismissed against them.

“We are both surprised and disappointed at this decision – particularly so in the light of the acquittal of Dean Richards, Steph Brennan and Dr Wendy Chapman on similar or identical charges. The club and the player will consider their position in the light of the written judgement due to be handed down by the disciplinary committee. said a statement from the club.