England are close to winning the right to stage the 2015 Rugby World Cup after organisers recommended their bid to the International Rugby Board (IRB). The IRB council will make their final decision on 28 July, but the decision of Rugby World Cup Limited to back England is a key development. Japan have been recommended as hosts for the 2019 World Cup. 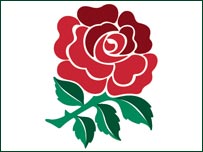 The Rugby Football Union are up against Italy, Japan and South Africa in the quest to host the competition, with England intending to use Wembley, Anfield, Old Trafford and the Emirates Stadium as venues for the tournament, with the final to be played at Twickenham. They also hope to stage games at the Millennium Stadium in Cardiff, even though Wales would not be co-hosts for the tournament.

RFU chairman Martyn Thomas said: (quote) The RFU is delighted that Rugby World Cup Limited has decided to recommend England to the IRB Council as the host for RWC 2015.(end quote)