Launching their new home jersey for the 2015 World Cup two weeks ago, South Africa have officially revealed their new away jersey to be worn at the tournament in England.

The brand new away jersey to be worn by the Springboks at the 2015 World Cup in England is white and uses the same template as the home jersey. White is the primary colour with additional green trim on the sleeve cuffs and collar design while a touch of yellow is seen behind the neck.

The World Cup and Asics logos and South Africa crest are all positioned in the standard positions on the front of the shirt. The South Africa crest has been embossed on to the shirt rather than stitched for a refreshed look. A World CUp emblem with years 1995 and 2007 is featured on the left sleeve in gold to represent to the two successful World Cup title winning years. 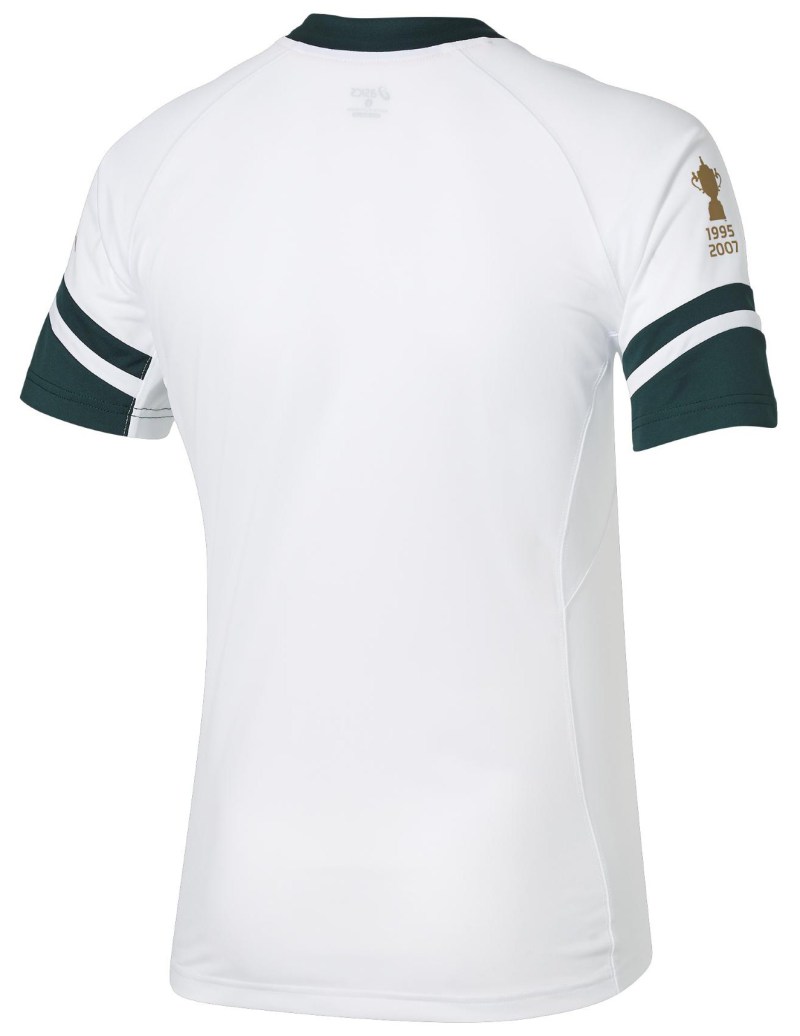