Wakefield hooker Terry Newton has been provisionally suspended by the UK Anti-Doping Agency (UKAD) after testing positive for a banned substance. 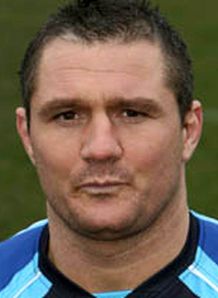 Wakefield issued a statement saying the 31-year-old former Leeds, Wigan and Bradford player gave a positive test on 24 November. No details of what the substance was have been revealed and the club said there will be no further comment.

Newton joined Wakefield in the winter after being released by Bradford. He has been capped by Great Britain 15 times and has also won two England caps.

In five years at Wigan, he scored 62 tries before he moved to Bradford for two years, during which time he scored 27 tries.

A statement from the Rugby Football League said it had been informed by UKAD about Newton’s positive test on Monday 16 February.