Chris Ashton scored two tries as England opened the Six Nations with a hard-fought win in a nail-biting meeting in Cardiff. It was England’s first tournament win in the Welsh capital since their 2003 Grand Slam before the World Cup. 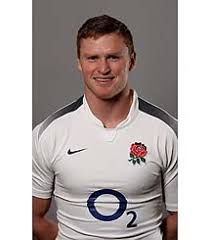 Chris Ashton
went over either side of half time, which saw England leading 13-6, thanks to the first try and a couple of penalties and the conversion from flood. To two penalties to Stephen Jones.

The second period and Ashtons second try and the boot of Flood took England out to 9-23 and it looked like they were coasting home, but at last Wales did what they do so well and sniffed an opening which

Morgan Stoddart
went through to score. James Hook converted and then his penalty made it 19-23 but Jonny Wilkinson’s penalty sealed it in the dying minutes and although the Welsh looked to mount a final score it was not to be and so we had the win for England and final score of: