The Welsh rugby union team have released their new home jersey for the 2013-15 season unveiling their shirt at Milennium Stadium last week.

The new Red dragons kit was launched by Welsh rugby internationals Alun Wyn Jones, Leigh Halfpenny and Sam Warburton along with several hundreds of fans dubbed “The Army of Red”. The home jersey is red based with black and white trim on the sides and shoulders. The home jersey is complemeneted with red shorts and socks. 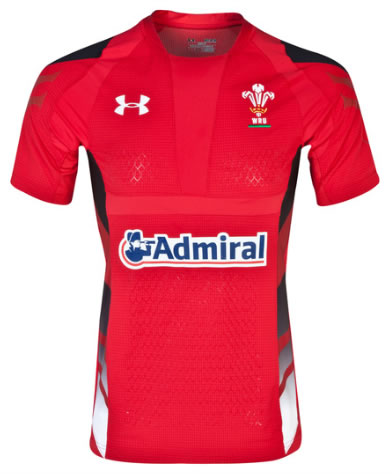 The new home jersey will be debuted on the ninth of November in the Autumn international against South Africa at the Millennium Stadium. The jersey will also be worn in the following home matches against Argentina, Tonga, Australia and Italy. It will also see action during the 2014 Six Nations tournament and for Wales 2015 Rugby World Cup qualifiers.