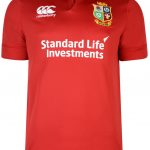 British & Irish Lions' new kit suppliers of Canterbury have unveiled the glorious shirt which will be pulled-on by the prestigious rugby team within 2017 fixtures. Last manufacturing strips for the Lions back in 1958, Canterbury have returned in powerful fashion by designing and delivering a passionate shirt for the home nations using iconic colours. When it … END_OF_DOCUMENT_TOKEN_TO_BE_REPLACED 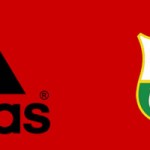 The British & Irish Lions are in rude health thanks to Warren Gatlands brave selection and the depth of rugby talent in Wales, England Ireland and Scotland. As ever Australia was a tough place to tour and with just two losses The 2013 tourists can be well pleases with their trip. So what were the high points of the tour. Top of the list must be winning the third and … END_OF_DOCUMENT_TOKEN_TO_BE_REPLACED

The British & Irish Lions paid for not pressing on in the second test as Australia took their chance late on to take the win 16-15. Leigh Halfpenny had a chance with a long range kick, but at best it was a long shot given the lack of wind in the enclosed stadium. The match started with the Lions pack under pressure, but they got that sorted and were able to put pressure on. … END_OF_DOCUMENT_TOKEN_TO_BE_REPLACED

The British & Irish Lions started their test campaign with a fortunate win Australia 21-23 British and Irish Lions. It has to be said this was not a vintage Lions performance as they still managed to include a fair number of errors in their show. Mike Phillips was a considerable second to Will Genia. Dead heat for George North and Israel Folau whilst Alex Cuthbert got one over … END_OF_DOCUMENT_TOKEN_TO_BE_REPLACED